I have been tagged by Myra Garces-Bacsal of Gathering Books (a website for children's literature and YA fiction) to participate in the author/illustrator blog hop that is doing the blogosphere at the moment.

The first time I met Myra was at the 2012 Asian Festival of Children's Content in Singapore when I attended her conference session entitled, Picture Books as Portals to Enchantment and Imagination — Choosing Books that Challenge the Mind, in which Myra did what she does best and inspired us all with her passionate belief that the power and beauty of children's literature can be some of the most thought provoking art for all ages.

Since then I have been lucky enough to cross paths with Myra at several conferences and workshops and more recently we both became members of Saturday Night Out for Book Geeks,  a book club for likeminded grown ups with a passion for children's literature. 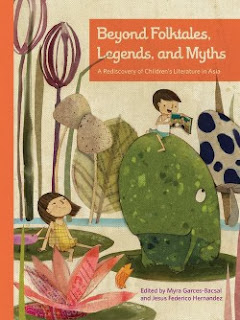 Myra's bio on the Gathering Books website has this information about her:

Asst/Prof Myra Garces-Bacsal is a Teacher Educator and Coordinator of the Masters and Bachelor’s Program in High Ability Studies and Gifted Education at the National Institute of Education, Nanyang Technological University in Singapore. As a clinical psychologist, she has done extensive work with the gifted which range from conducting psychological assessments to counseling and developing indigenous gifted programs for highly-able learners. Aside from doing teaching supervision in Singapore Schools, she also does clinical supervision among graduate students in counseling psychology.

What are you working on right now?

My first book Darcy Moon and the Deep Fried Frogs is due for release in March 2014 so I am currently learning about how to market a book from my publishing house, Fremantle Press. Big learning curve!
I am also writing my second book for children entitled, Mergul. I am about 15 000 words into what I imagine will be a 30 000 word story. I am hoping to finish the first draft before the end of the year, but realistically it will take much longer than that.


How does it differ from other works in the genre?


Mergul is a mid-grade adventure story about two fourteen year olds who discover a wounded mermaid in the mangroves and must overcome the authorities to set her free. Set in the mudflats, the strange but beautiful zone between land and sea, the story explores themes of belonging, control and finding your way in a confusing world. Unlike other books in this genre, the setting plays a pivotal role in telling the story and the mermaid is more wild animal than maiden.

Why do you write/illustrate what you do?


I was born in England and as a small child I enjoyed reading, writing and collecting things from nature (snails, earthworms and tadpoles were my favourites).


My family migrated to Australia when I was eight and I was raised in the northern suburbs of Perth. My love of nature and stories continued so I studied botany and journalism, with an aim to get a job doing something I loved. But, as often happens in life, I landed a sensible government position, and lost sight of the original plan.
I moved to Sydney, met my husband and several years later, as I read to my two small children, I remembered my childhood dream and realized something amazing ...I had motorbiked across Australia, backpacked through Europe and explored South East Asia, but my most exciting adventures of all, had taken place within a children's book.I finally knew what I wanted to do - write fantastic stories for children to love.

What is the hardest part about writing/illustrating?

For me, the most difficult part of writing is staying focussed and not getting sidetracked by face book or tempting lunch invitations.

Kelly Canby I met illustrator Kelly Canby at the 2012 SCBWI Rottnest Retreat and am a huge fan of her work. 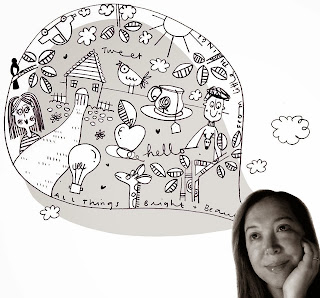 Kelly Canby studied BA Design and Illustration and Design at Curtin University in Western Australia then worked as a graphic designer until now. Recently she saw a twitter from The Bright Group International, calling for new work. She took a risk, tweeted her portfolio and is now represented worldwide by The Bright Group. Watch this space! Kelly Canby is on the rise.

James Foley
I met James Foley at the 2010 SCBWI Rottnest retreat and since then have watched his career go from strength to strength.

His website has this information about him;
James is a children’s author and illustrator, cartoonist, public speaker and workshop

facilitator. He is the author/illustrator of In The Lion(Walker Books, 2012) and the illustrator of The Amity Kids Adventures (2013) and The Last Viking (Fremantle Press, 2011). In The Lion was selected for the International Youth library’s White Raven list in 2013. The Last Viking won the 2012 Society of Children’s Book Writers and Illustrators’ Crystal Kite Award, the 2012 WA Young Readers’ 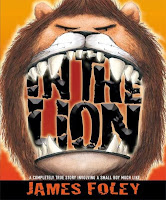 Hoffman Award, and a 2012 Children’s Book Council of Australia Junior Judges Award. It was shortlisted for a further four awards. James is a Books In Homes ambassador and the Illustrator Coordinator for SCBWI Australia West. He is a big fan of yoga and gardening and has far too many books in his bedside reading pile. 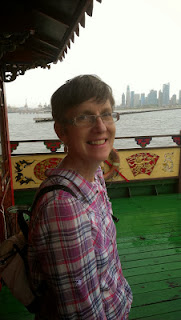 Emma Nicholson is a fellow member of the SIngapore chapter of the Society of Children's Book Writers and Illustrators. She is originally from England where she worked for many years in the publishing industry. She is now writing her own stories and her first book, Princess Petunia's Dragon will be out soon.